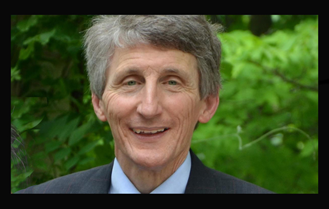 The United States Department of Labor, Bureau of Labor Statistics, released data for Employer-reported Workplace Illness and Injuries for 2014. Portions of this report appear below. The full report appears at this link: http://www.bls.gov/news.release/pdf/osh.pdf

“The nearly 3.0 million nonfatal workplace injuries and illnesses reported by private industry employers in 2014 occurred at a rate of 3.2 cases per 100 equivalent full-time workers, according to estimates from the Survey of Occupational Injuries and Illnesses (SOII) conducted by the U.S. Bureau of Labor Statistics.”

“Of the nearly 3.0 million nonfatal occupational injuries and illnesses in 2014, 2.8 million (95.1 percent) were injuries. Among injuries, nearly 2.1 million (75.0 percent) occurred in service- providing industries, which employed 82.4 percent of the private industry workforce. The remaining nearly 0.7 million injuries (25.0 percent) occurred in goods-producing industries, which accounted for 17.6 percent of private industry employment.”

“Workplace illnesses accounted for 4.9 percent of the nearly 3.0 million injury and illness cases in 2014 and occurred at a rate of 15.3 cases per 10,000 full-time workers, down 1.3 cases from 2013. Among individual illness categories, only the rate of reported skin diseases declined in 2014, falling 0.5 cases to 2.3 cases per 10,000 full-time workers. Rates among the other individual illness categories were relatively unchanged compared to a year earlier.”

The following data for 2015 was provided by the Occupational Health and Safety Administration.

804 Hispanic or Latino workers were killed from work-related injuries in 2014—on average, more than 15 deaths a week or two Latino workers killed every single day of the year, all year long.

(*This category includes construction workers killed when caught-in or compressed by equipment or objects, and struck, caught, or crushed in collapsing structure, equipment, or material)